The 2011 Clan MacLaren of North America Society Annual General Meeting was held at the Pleasanton Scottish Highland Games Sept 2-4, 2011. The Organizing committee for the 2011 AGM was headed by Tim McLaren.  View the list of AGM helpers.  The banquet and meeting was held on Saturday, September 3. Barbara Gard was re-elected as President and Chuck Lawson was re-elected as Vice-President. View the Election Results. 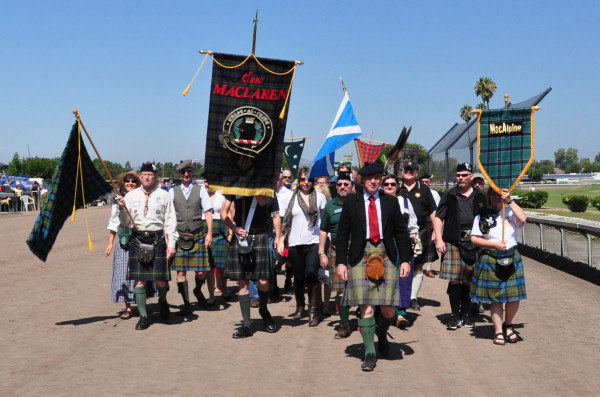 What a thrill to have Chief Donald MacLaren lead the group for the Clan March on Sunday. 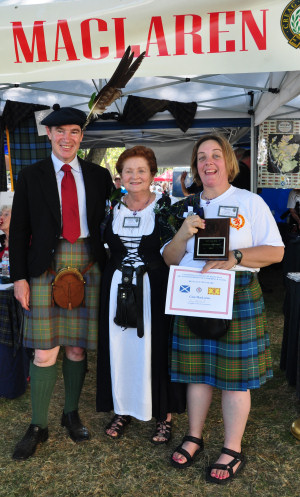 One of the highlights of the weekend was the Best Clan Tent award from the Pleasanton Scottish Games. This is the 2nd time that CMSNA has received this honor at the Pleasanton games. A big thank you to Renee McAlpin-Hensley and Barbara Gard for designing the tent setup and making this award possible.
Chief Donald MacLaren, President Barbara Gard, Convener Renee McAlpin-Hensley with the Best Tent award.